Child bullying is a common and real issue faced by a lot of children. Often, it isn’t paid much heed to and most people shrug their shoulders or laugh it off whenever they hear about a child being bullied. Statistics suggest that one out of every 3 children in India is bullied, which shows a horrific state of the country. Children are name-called, ragged, hustled and in some cases, even forced to perform indecent acts in the name of fun and entertainment by their bullies.

While experiencing bullying is already miserable and can leave a drastic and long-lasting impact on young minds, the situation is even worse for children diagnosed with Autism. As per the research’s conclusion, children who are on the ASD spectrum have an increased chance of getting bullied. They get bullied at school by their classmates, by their friends in the society or even at home by their siblings, altogether making things much more difficult for them. While they already experience a lot of challenges that may include difficulty in speech and communication, eye-contact, holding up communication and may have poor motor skills, the stress of getting bullied only adds up to the heap of problems and worries. This directly impacts the psychological and social issues as they grow up.

A study was published in the Journal of Autism and Developmental Disorders. It was conducted taking 8000 children without having any disorders and 231 who were on the ASD spectrum, as the sample set. The results revealed that at the age of eleven years, bullying by siblings reached a peak, with around 64% of children diagnosed with ASD being bullied by their siblings. While for others, who did not have ASD, less than 50% of the children experienced bullying by their siblings. Also, with the increase in age, it was seen that cases of bullying decreased. By the time children turned 14 years of age, it was witnessed that the rate dropped from 64% to 36% for those with ASD and for the rest of them who weren’t on the ASD spectrum, cases of sibling bullying dropped from 50% to 33%.

For an in-depth understanding of the impact of bullying on those children with ASD and those without, children were further questioned about the frequency of bullying incidents done on them. Also, parents of these children were enquired about the behavioural and emotional difficulties that their child faced because of getting bullied by their siblings or classmates. For instance, if the child seemed restless, downhearted, or unhappy after getting bullied every time. As per the findings, regardless of the fact whether the child had Autism or not, they experienced behavioural and emotional difficulties because of getting bullied.

However, since children with ASD may already have numerous challenges related to behavioural, emotional, social communication, etc so they are badly affected by bullying as compared to others. Umar Toseeb said, “Persistent conflicts between siblings may be indicative of sibling bullying and this should not be viewed as a normal part of growing up.”

Strategies to prevent and deal with bullying

Practicing these ways can help put an end to sibling bullying. As a parent of a special child, you need to be a strong advocate for them. Socialize and speak to others about the disorder. Stand up for your child’s right and talk to the parents of your child’s classmates about your child’s condition so that they can understand and empathise with your child.

Parents of children with special needs can also consider going for parental counseling, family counseling, and individual counselling sessions of the sibling who is bullying the child, considering the age of the child. Also, counselling workshops can be organized at schools to make people aware of ASD and feel more empathised with those diagnosed with the disorder. All of these can be taken care of by an experienced child therapist. For the treatment of ASD, one can reach out to therapists and clinicians who can work for the benefit of your child. Speech therapy, special education, occupational therapy, and other therapies are provided to the child depending upon their developmental needs.

For instance, if the child doesn’t show signs of speech until 2 years, then one should go for speech therapy. Also, children with Autism have difficulty in communicating. Their cognitive skills may also be lower than their peers. For this, special education can help them perform better in academic areas as it is structured and customized as per their requirements.

When a child is diagnosed with ASD, it is best to consult a child therapist and start the treatment as early as possible. Early intervention can make a big difference in improving the child’s lag in developmental milestones and through guided and customized therapies, more significant improvement can be seen in the child. 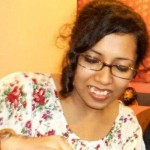 Sawoni Chowdhury is an aficionado of writing. She is an expert writer and blogger and shares her views and opinions on a range of topics such as Lifestyle, Business, Entertainment and lot more.

How To Get Beautiful Face Without Using Makeup Kits?

10 Ways To Get The Healthier Business Life

What Mental Health Issues Are Common In The Elderly Population